The Young Inventor: A Blog 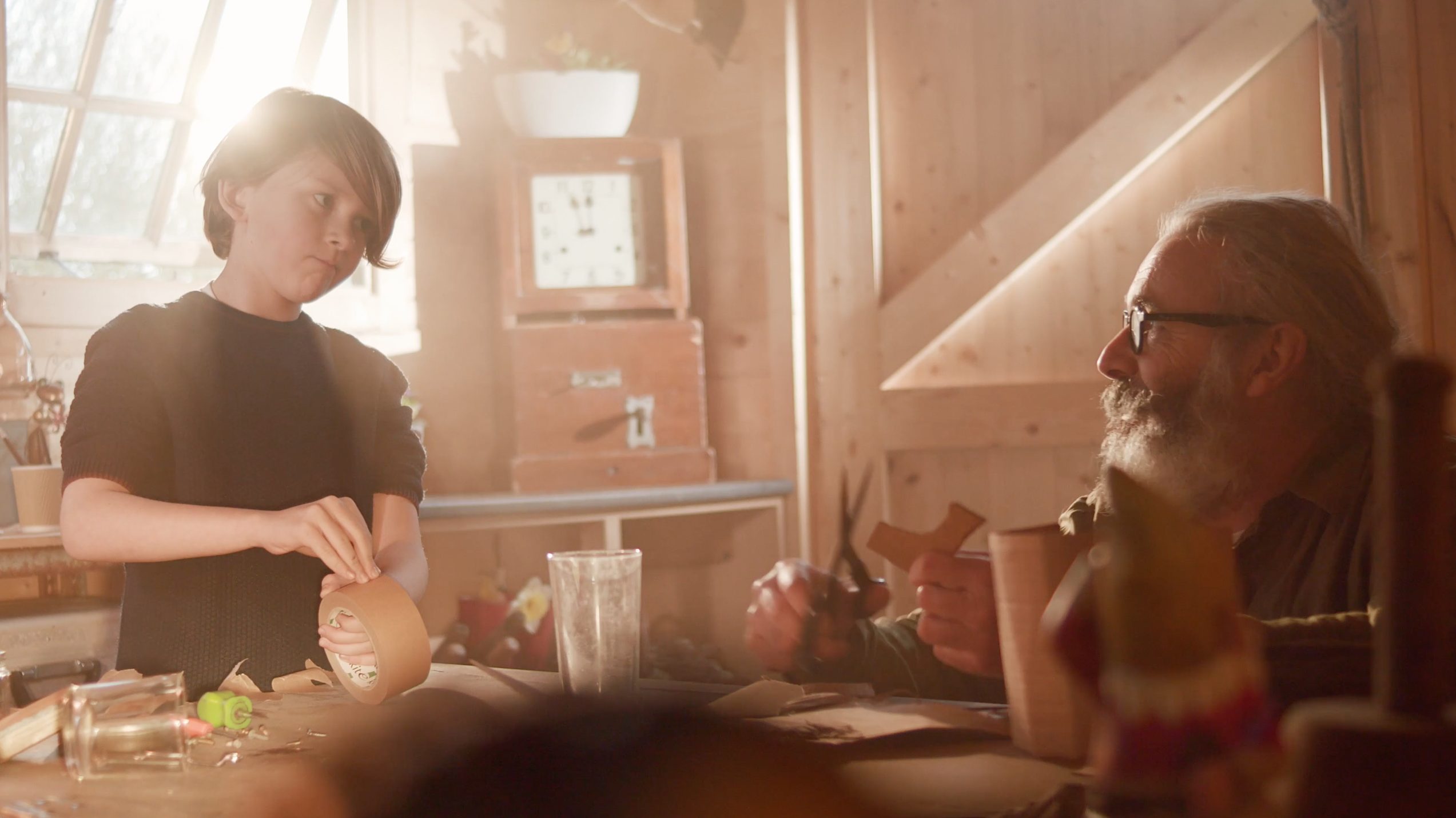 How we MacGyver’d our way Through the Process of Making a Brand Film for Circular&Co. titled, The Young Inventor. 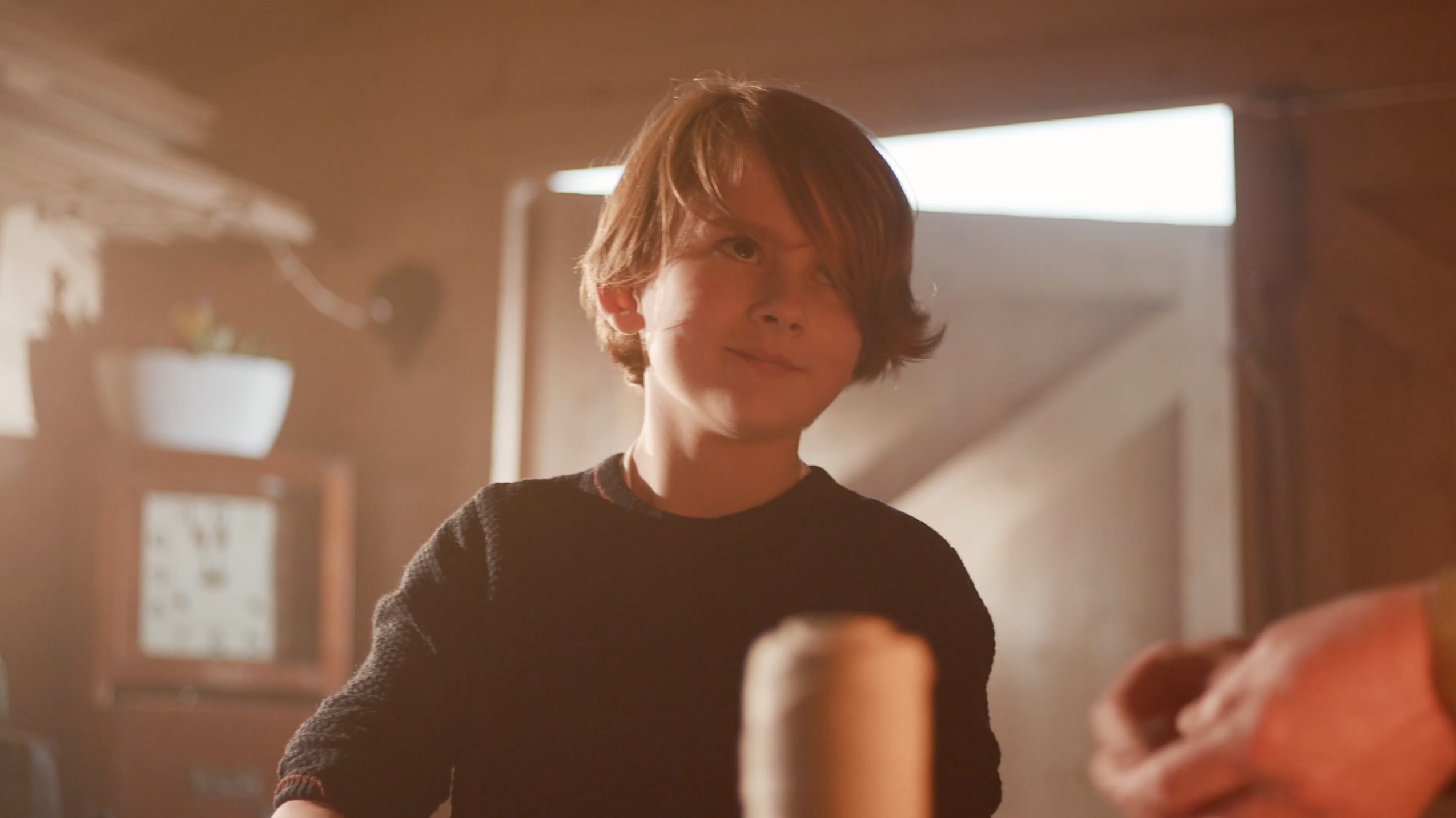 Circular&Co. are a Cornwall based global company, pioneering the concept of ‘Circular Design’ through their products. Circular Design is a concept designed to bring about an end to waste and pollution. They were already on our radar as a few of our team members had ordered some of their 100% recyclable cups a while ago. But what we didn’t realise was that we were on their radar too.

On the surface of things, it may seem strange for a Cornwall based producer of sustainable cups to turn to a South Wales based production agency for a brand film. But Circular&Co. were in the market for a very specific type of brand film—a brand film that just so happens to be our bread and butter here at Fine Rolling. They wanted a narrative-led, scripted, piece of content marketing that was more about exposing the essence of their brand to consumers, rather than a standard promotional video.

Circular&Co. had done their research, they knew videos like this are the future of marketing. All they needed from us, was to pull it off. 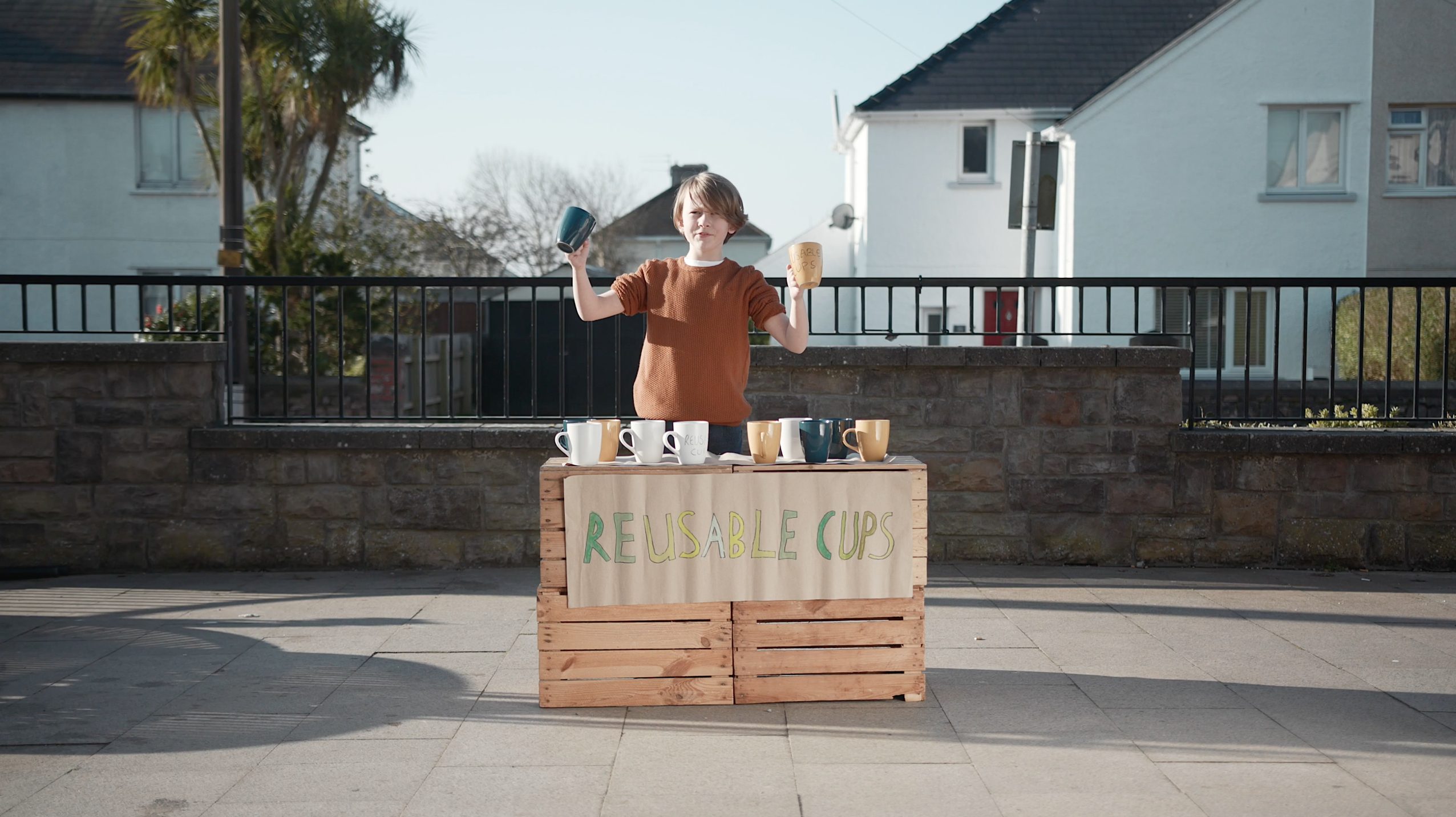 Circular&Co. had John Lewis-esque ambitions, and we were excited to make them a reality. The only problem was, we had a fraction of the time required to pull off such an ambitious piece of advertising due to Circular&Co.’s carefully planned release date. With a deadline looming and no concrete concept in place, Circular&Co. needed an honest answer from us to the question: Is this possible?

Thankfully, quick turnarounds have become something of a speciality when it comes to Fine Rolling productions, and there was no chance we were gonna give up the opportunity to make something so in our wheelhouse. So, we responded with as much confidence as we could muster given the daunting task ahead of us: Of course!

With no time to waste we launched into a pitching session in order to come up with at least three good concepts for Circular to choose from. After some pretty manic pacing and a lot of coffee later, we had our three concepts—and a bonus fourth idea that came to us just before pitching.

Sometimes in life, things come to you at just the right time. This was one of those moments. Circular loved the fourth bonus idea and were even willing to bend their initial brief to accommodate it. Great! The only problem was—it was the most ambitious concept of the lot.

The concept, which we had named, The Young Inventor, revolved around a young, budding inventor over course of a single summer, in which he attempts to create a reusable cup while bonding with his grandfather. It was a sweet story, and we knew it would take all of our collective filmmaking experience to bring it to life over a gruelling two-day, post-COVID shooting schedule.

We’d already completed several productions post-COVID, but this would be the largest, and with the schedule already tight, we knew we’d need to take even more precautions to keep everyone involved safe.

Our in-house writer rose to the challenge and came back with a script that told a heart-warming story of a relationship between a young man and his grandfather. In truth, it was more like a script for a short film than a commercial, but that only filled Circular with more confidence in the project!

Despite the fast pace and the extra precautions taken while filming, the first day on location had a great vibe to it. All the crew members turned up with Circular’s reusable cups and the actors were put at ease by our stringent COVID measures.

What made the feeling of the day so special was the knowledge that we were working with a brand that was making the world a better place. Their message is one of hope and renewal, and the crew felt a collective responsibility to make sure that message came through loud and clear in all we were doing.

We were joined by two amazing Circular Reps, who could see all we were trying to achieve with a micro-crew and wasted no time in volunteering to help in any way they could. These were no corporate customers, sipping coffee from the sidelines, passing judgment as we worked—but active reps who believed in their brand and wanted to do anything they could to help us realise our vision.

The family feel on location and the family dynamic present in the script fed into each other and we ended up using much of that feeling to inform our direction of the actors. It was a long old day, but by the time we called wrap, we knew we’d set the tone for what was going to be a special filming experience.

Day two involved more locations which dictated longer set up times and fewer takes. But, thanks to the bond forged between the crew and our actors on day one, everyone knew what was expected of them and we flew through our schedule.

The final shot of the day, and of the commercial, featured all of our cast sat around a dinner table for a family meal. Very little direction was needed as our actors had developed a shorthand with each other by this stage which was beautiful to watch play out on camera.

As we called wrap on proceedings it felt strange not to witness the usual hugging and ecstatic shaking of hands that accompanies most wrap moments. But it took nothing away from what had been a technically difficult, but emotionally fulfilling two days.

With the footage logged and assembled, we approached another obstacle we knew had been looming on the horizon. How to turn a seven-page script into a two-and-a-half-minute brand film. An old scriptwriting ‘rule’ suggests that one page roughly translates to one minute of your film or video. We knew this was never going to be a seven-minute commercial, but the client had fallen in love with the script, and we knew that the writing needed to be all-encompassing in order to get the emotive story that Circular was counting on across. So, we trusted that our talented edit team could work with the writer in order to distil the footage into a concise commercial-sized video without losing the emotional essence of the story.

This approach paid off and we found ourselves with draft one of the finished commercial in the bag. We were on track to meet our final deadline.

Circular loved the draft we presented, but they had a single note concerning the film’s soundtrack. As the story of the video was so strong, they felt, quite rightly, that they needed a custom score to emphasise the characters’ emotional journeys. We couldn’t agree more. But we also knew this could factor greatly into whether we could meet our final deadline or not.

Luckily, we’ve worked with a range of homegrown Welsh talent over the years and knew that if any composer could pull this off in such a tight turnaround, it would be Tom Kavanagh.

Tom has worked with various members of our team on commercials and film projects in the past, so he was a natural selection to add the final flourish to our story-driven brand film. His score enriched the story and is yet another experience that proves to us that it’s never a bad idea to invite local talent onto a project. 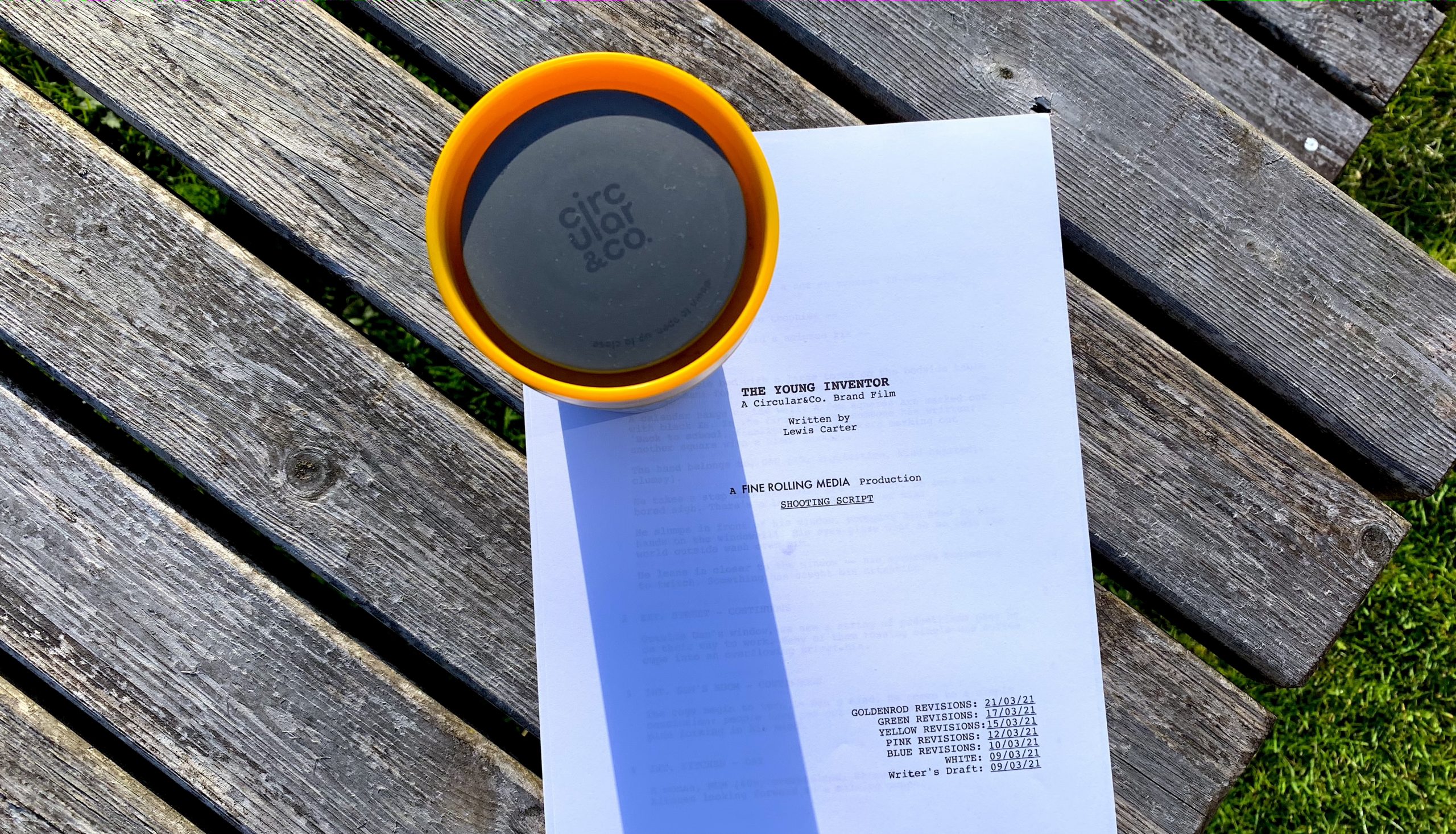 It’s all about the story

This was a project that would have been ambitious within our timeframe before COVID—let alone on the tail end of it. We could have said no. Or tried to talk Circular out of the more ambitious concept—or attempted to water it down. But we spend a lot of time at Fine Rolling hoping for clients that understand the marketing rewards of storytelling, and this was the perfect project with which to believe in ourselves and once again put our ethos into practice.

We’ve been using Circular’s products ever since at our office—and it feels good to have a new client-partner that is working hard to make the world a better place.

“STORYTELLING IS THE MOST POWERFUL WAY TO PUT IDEAS INTO THE WORLD.”