Ross and Cleo meet in detention, kicking off an epic rock ‘n roll love story where everything is not as it seems.

We’re proud to showcase our latest music video for the talented Whiskey Lies.

‘You Know Who’ was made with an original script by in-house writer, Lewis Carter. It continues our philosophy of merging the short film and music video formats to create cinematic narrative-lead hybrids.

With the help of our hugely committed team, we managed to shoot in 8 locations during an epic 18-hour shift.
All is not as it seems in this story-heavy music video, so keep your eyes peeled until the end to see if you can guess the ending based on all the clues we left along the way.

Check out more on how we made this unique music video/short film hybrid here.

You Know Who | A Music Video 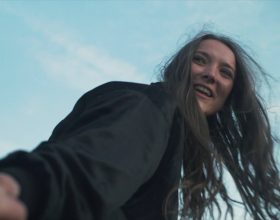