In association with Nautilus & The VC Gallery. The true story of how a chance interview turned into a long-term project to fulfill the dreams of ninety-two-year-old WW2 Royal Marine Commando, Ted Owens. Follow Ted’s journey from his remote coastal home in West Wales, to numerous commando barracks, where he investigates what life is like for the modern day commando; and re-discovers a sense of comradery that’s only grown stronger over time.

Fine Rolling Media put on a sold-out premiere screening of “Royal” in Ted’s hometown. Guest of honour Ted was welcomed at the premiere as he saw the finished documentary for the first time.

We wanted to gather the community together in this unique event, to pay our respects to our hero Ted Owens. The night was topped off with a stunning painting of ted by The VC Gallery. This screening wouldn’t have been possible without our partners in the community sector “The Darwin Centre.”

Our team at Fine Rolling don’t lose interest in our community projects once the cameras stop rolling. Take Ted for example, when we heard that he had come down with a bout of pneumonia after our premiere event, our managing director jumped in the car to West Wales to show him the footage of that special night. It was amazing to see such a simple act perk Ted up, and we are glad to report that he is now on the mend.

During the visit, Ted went on to tell even more incredible stories about his life, and soon the whole ward, including the nurses were captivated.

We look forward to spending many more years reminiscing about ‘Royal’ with Ted. 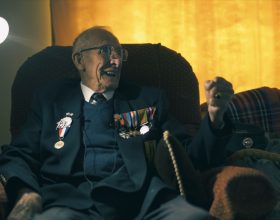 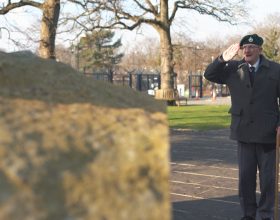 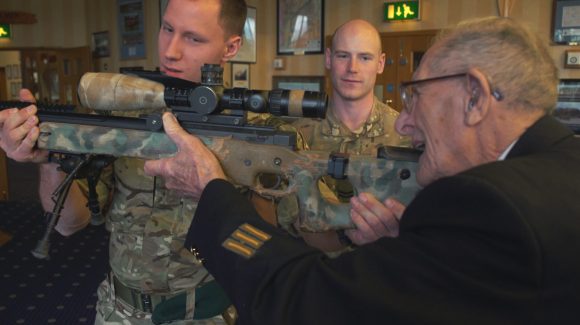 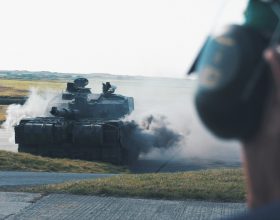 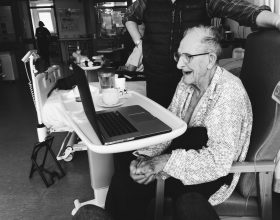 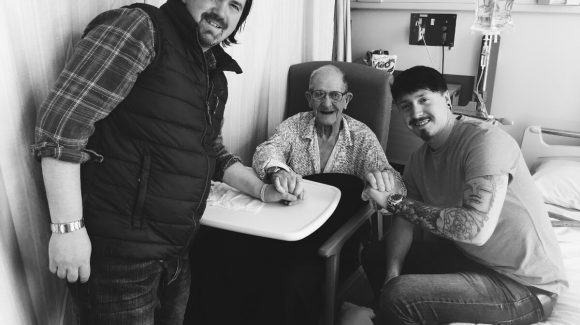